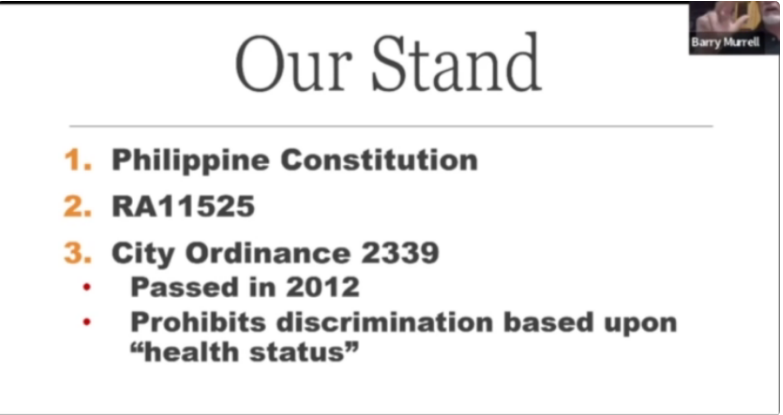 Last week we posted Cebu City Legal Office Upholds Rule Of Law. Our kababayans from Cebu, the Concerned Cebunanos for Life and Liberty spearheaded a move to present to the City Legal Office (CLO) of the City of Cebu the discriminatory basis for the  “No VAX No Entry” policy (also known as the Oplan Puyo Gihapon) implemented by the City Government of Cebu.

Thanks to the Concerned Cebuanos For Life And Liberty, the City Legal Office (CLO) of the City of Cebu upheld the law and protected our human rights to make choices for our health and that of our families.

Thanks to the Concerned Cebuanos For Life And Liberty (CCLC), the City Legal Office (CLO) of the City of Cebu upheld the law and protected our human rights to make choices for our health and that of our families.

Get To Know The Concerned Cebuanos For Life And Liberty

Interestingly, one of the prime movers of Concerned Cebuanos For Life And Liberty, also known as CCLC, is Barry Murrell. He is an American who has lived in Cebu for four decades now. He came to the Philippines, fell in love with it, and stayed.

My wife and I came from Texas … We came here as religious missionaries and worked for 31 years and then we retired. All of our kids, our four children were born here, grew up here. And when we retired, they decided to carry on the work that we started and so, since our family was here, we decided to retire. So we set up a language school business here in Cebu City to support ourselves.

For ten years that business was growing and growing. Then when the pandemic hit in March 2020, it was like crashing into a wall. For the last two years, we’ve been fighting with all of our energies just to survive. We’ve been here through the entire pandemic.

Barry shares how the CCLC slowly but surely took off:

Back in the last quarter of last year, I started getting involved with some individuals. I started small with very small groups. We started conglomerating and getting together and eventually, we started this group called Concerned Cebunaos For Life And Liberty. Once we got organized … we had lawyers and doctors … last count, about a thousand members. We started collecting some really gem-quality people that got together in small groups and started brainstorming.

He continues to say:

As a result of this,  that officially got our concerns into the formal record and the City Council said they wanted the City Legal Office to look at these things. And so we hoped that they would consider it. Evidently, there was some validity to what we were saying because, in the ensuing next month or so, the LGU changed their tune completely.They were going further and further towards more coercive Executive Orders that were really threatening businesses…”

Barry goes on to say:

We filed a case in the Regional Trial Court against the City Government, the IATF, and our approach was to approach from two angles. 1) Legality and safety and  2) Efficacy. From the legal to life and liberty and equal protection under the law. And what we said was, there was no law existing at this time that gives local governments or national governments the authorization to enforce vaccine mandates. That was our challenge. Of course, we appealed to Republic Act 11525, which specifically states that even though vaccinations might be encouraged or mandated or whatever, you can’t use vaccination cards as requirements for employment … all of this other stuff, including going into places.

According to Barry, the good thing is:

What was really neat was, we found that there was actually a city ordinance in Cebu City that was enacted in 2012 when the sitting mayor was mayor at that time that prohibits discrimination based on health status. When we found that, we put it all together and put that into our arguments before the City Council.We were hopeful that the Legal Office would hear. So, Just a couple of days ago we got a response back from our City Council.

Basically what happened is that the City Legal Office …said that while the laws do give certain leeway to the national government and the LGUs to do certain things for the protection of the health of people, because there is no actual law that specifically gives them that authority, we believe it’s unwise for the Mayor’s office or the LGUs to push forward with these things because it might be a violation of the Constitutional rights of the people. And WOW! This is a very, very big milestone.

Here’s What We Can Do According To Barry

Barry shares some advice on how we can do the same thing in our own municipality.

Go to your municipality and see. Search the records. Search the ordinances and see if there might be an existing ordinance that can help you in your fight against these things. 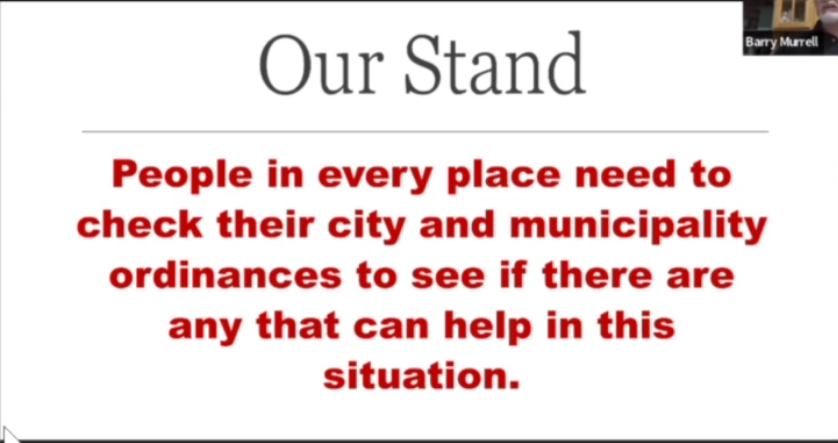 Then they presented the safety issues of the vaccines. Take a good look at the compelling charts that Barry compiled over the months of the pandemic.

Then comes the COVID-19 vaccines!

You can listen to Barry’s compelling presentation here. 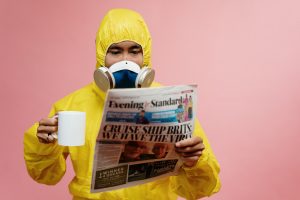 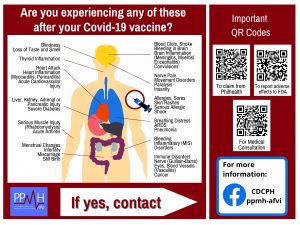